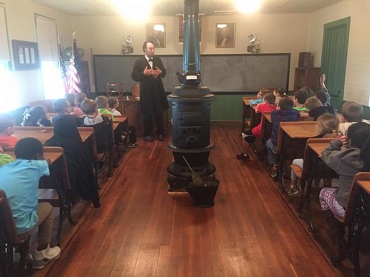 About the Moore School

The Moore School was located in the southwest corner of Section 3 in Osage township.

This school was established even before the township was organized. Moore School was formed on April 21, 1855, on the land of Newton Ward.

It is proposed to move the school into the far North East area of the uptown pavilion area.

Schools were identified by the school district numbers, but also by proper names. They were sometimes known by the community they served such as Dana Elementary school, in Groveland Township, or names for the township in which they were located, with a modifier for East, West, North or South added, as in Osage Center school.

Actor Fritz Klein of Springfield, Illinois has been a full-time actor and speaker for many years. Klein was first asked to portray Lincoln after performing as Lyman Beecher in a local history pageant in Kailua-Kona, Hawai’i where he lived at the time. After a number of requests for repeat performances, he decided to begin extensive research in order to write a one-man production on Lincoln. That production has led to many others. He has since performed as Lincoln in 43 stat…es and internationally as well. He and his wife Linda now reside in Springfield, Illinois where he performs at the Abraham Lincoln Presidential Museum, as well as many other venues around the country. In the summer Klein plays Lincoln in a variety of venues around Springfield in the local “History Comes Alive” program.

Students from Fieldcrest East enjoyed a day learning about Abraham Lincoln at the Moore School. The classes each were given a special presentation by Rose Hanssen (former student of the Moore School) about life going to school in a one room school house. Each class then learned about the time growing up as Abe Lincoln. The group enjoyed a question and answer session. The Wenona Bond Library was on hand with Lincoln displays and memorabilia.

It was brought into Wenona at its current location on November 14, 2015. Transformation has been made possible by community member and volunteers.

Donations can be made to:
Moore School Restoration Committee
PO Box 533, Wenona, IL 61377 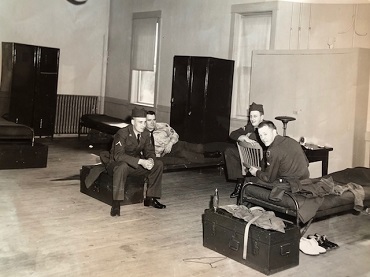